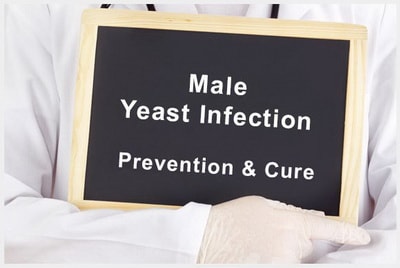 Over The Counter Yeast Infection Medicine For Men

You may be thinking that yeast is a good thing – and you are absolutely right. Yeast is everywhere we look. It is located in the beer that we drink and it’s also responsible for rising Grandma’s homemade biscuits. In fact, these little buggers live inside of us as well. Yeast is
inside of our digestive tracts and stomach, helping to clear away
all the bacteria. You can buy over the counter yeast infection medicine for men from our partner pharmacy.

However, sometimes our natural yeast, which is there to prevent bad
stuff from happening, likes to overdo itself. Yes, it is possible to have too much yeast in our bodies which will lead to unwanted symptoms leading to a male yeast infection. When this happens, you will want a cure immediately.

Men, I don’t want to leave you out in the cold. It is true, men may also get yeast infections. Signs and symptoms of a penile yeast infection include:

Men who are not circumcised may be affected worse than those who are because the foreskin holds in moisture. Sometimes men who have yeast infections have no outward signs or symptoms. However, if you notice your sexual partner gets a yeast infection after having sex with you, it might be a good idea to get yourself checked. Yeast infections can be passed back and forth between sexual partners, so I am sure your partner would really appreciate it if you would make sure you are clear of infection.

How Can Men Get Yeast Infection?

Why do men get yeast infections:

How can you get rid of a male yeast infection? More than likely you are going to have to go a doctor to get a prescription for

An over the counter medicine is to take some Monistat vaginal cream, put a few drops of white vinegar into the cream, mix it together and then apply the mixture to the affected area. Some people have reported great success with this method, but the use of vinegar seems to be key! Don’t apply straight vinegar–it would hurt like crazy. Most of the vaginal cream packages are going to warn that this is not to be used on the penis.

These two prescriptions will probably get rid of the penile yeast infection for the moment; however, if your infection is accompanied by other signs and symptoms of systemic yeast infections you will need to try some products to get rid of it in order to eliminate the possibility of a recurrence. See the chapter on Systemic Yeast. Here are symptoms that may be indicators of systemic yeast (from The Yeast Connection by William Crook).

Itching From A Male Yeast Infection

Does the tip of your penis feel as though it’s on fire? Are you scratching it every few minutes? Perhaps it’s even impossible to have sex due to the symptoms that you currently have. That’s not good. Especially if you now have a funky smell going on that smells like rotten swiss cheese. Well, this is actually our good yeast, which has become too over productive. You do not want to be having sex while this craziness is going on. You won’t die, but it’s important that you get help right away. This is the less severe male yeast infection.

Invasion Of The Yeast Snatchers

You’ve suddenly been swarmed by an uncontrollable onslaught of yeast, and you just don;t know what to do. Just like stories of aliens who travel to earth to destroy and overtake it, so has this powerful yeast which is inside of your digestive system. Your body feels tired all of the time. There is no energy left for you at all. When this type of male yeast infection happens, it is not good. You’ll feel like you just worked out for 2 hours straight at the gym. Muscles and joints will ache. You’ll even crave starchy foods. If that wasn’t enough, your mental health is taking a toll as well. There is a constant brain fog accompanied by depression and terrible mood swings. Guess what? You have a disease called leaky gut which is attributed to systemic candida.

You see, the yeast is so overpopulated, it is actually leaking out of
your gut and into other organs of your body creating the symptoms
you are currently experiencing. You need to act soon if you want
to get rid of this beast.

Can You Die From A Male Yeast Infection?

The answer to the question is a resounding YES. However, it is very rare and does not happen too often. You now have candidemia. It has now entered your bloodstream. The fatality rate is extremely high.
It’s called candidemia. The people who get this type of candida are men who recently had surgery and got an infection whilst in the hospital…men who have HIV…etc. This type of male yeast infection is not something you want to take lightheartedly.

But just because you may not have these two issues, do not think that you are not susceptible to candidemia. It can happen to anybody.

So which of the three do you have? It’s important to figure that out now. And once you do, you need to find the cure for it immediately.