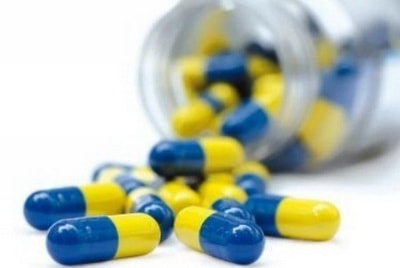 Colon Infection Antibiotics – as with other areas of the body, the colon too can become infected by different strains of bacteria, in which case one would need to use suitable colon infection antibiotics. Ironically, however, antibiotics are quite often what triggers an infection since they destroy not only bad bacteria, but also plenty of good bacteria.

While the antibiotics don’t actually cause the infection, they can leave the colon vulnerable to infection if too much of the good bacteria have been destroyed.

The Most Common Causes of Colon Infection

By their very nature, facilities such as hospitals are quite a high risk because of all the germs and etcetera which are present. These microorganisms are typically known as opportunistic bacteria, in that once they find a host with a compromised immune system, they quickly invade and begin multiplying rapidly. It’s at this point, once the bacteria are multiplying out of control that the infection sets in.

Apart from healthcare facilities, one can also get a colon infection from eating contaminated food. Pests such as houseflies and cockroaches tend to be the worst offenders, and are responsible for millions of different infections every year. Even a poor diet can trigger a colon infection, particularly if one’s diet is high in fat.

Common Symptoms of a Colon Infection

The symptoms can vary quite dramatically, depending on the actual type of infection.

For example, an infection caused by Clostridium Defficile bacteria (commonly found in hospitals) will for the most part cause symptoms such as:

Colon infections resulting from the ingestion of parasites, such as the eggs of flies and/or cockroaches, tend to be of a more serious nature, and in some cases, a patient will require emergency medical intervention, which could, of course, include the use of colon infection antibiotics. With that having been said, the most common symptoms include the following:

Some species of bacteria within the Clostridium family can also cause an infection in the colon known as Toxic Megacolon. This is a somewhat dangerous infection, which can in fact already be present at the time of birth. The hallmark sign of this particular infection is a severely dilated colon which in turn causes the following:

How Are Colon Infections Treated?

In a great many cases, a person’s own defense mechanisms will overcome the infection, particularly if it’s only a relatively mild infection. This is one of the reasons why it’s never advisable to take anything to stop diarrhea. When a person has diarrhea, it’s a sign that the body is attempting to eliminate something which shouldn’t be inside the body in the first place.

There are several other colon infection antibiotics, but Metronidazole is often the drug of choice since it is also routinely used to treat a wide range of infections caused by anaerobic bacteria.

While one will no doubt come across articles on the internet warning people that colon infections can cause cancer, there is so far to concrete medical evidence to back such claims.

However, some studies have suggested that bacterial metabolites may increase the risk of developing colon cancer, but it must be emphasized that the results of the studies have been inconsistent at best.

If you’ve been experiencing one or more of the colon infection symptoms mentioned in this article, then it’s highly recommended that you schedule an appointment with a physician, who’ll then be able to make a diagnosis and provide the correct type of treatment.

Many people question the widespread use of antibiotics, but doctors are only too well aware of the risks, and you can rest assured, your doctor will only prescribe colon infection antibiotics if he or she feels it’s absolutely necessary.