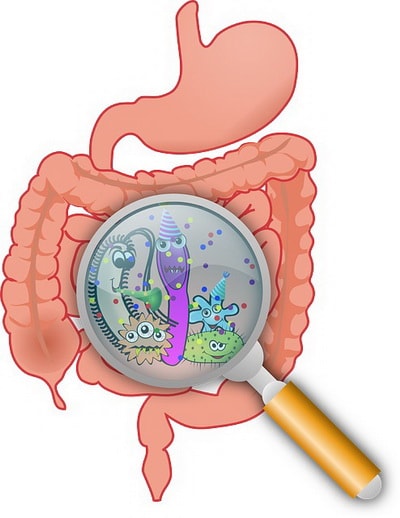 Colon Infection is a term that can describe a number of colon problems, however, the most common use is to describe a bacterial infection that is the result of the bacterium Clostridium difficile also called  C. diff.

This type of colon infection will generally occur after antibiotic treatments in older adults during a hospital stay or during a stay in an extended term health care facility. The antibiotics will not only kill the bad bacteria that the patient may be on but will also kill off the good bacteria or bacteria that your body needs to help with digestion and other functions.

When the food cannot be broken down properly it sits in the stomach and colon and the C diff will then begin to grow, and as they do, they start to attack the lining of the intestines and colon, causing inflammation.

The most common antibiotics that cause this condition are fluoroquinolones, cephalosporins, clindamycin, and penicillin.

If the infection is not too severe then it may clear up when the antibiotics are finished, however, more severe infections need to be treated medically, normally by another round of antibiotics to kill off the Clostridium difficile.

What Causes Colon Infection and how to prevent it?

The C. diff bacteria can be found all around us, in the dirt, water or plants. They will float in the air and can be found in feces of animals or people and like the germs that can cause stomach flu they will tend to grow and spread where proper cleaning and sanitation is lax or not done often or properly.

One of the easiest ways to help prevent the spread of these bacteria is to clean all surfaces and counter tops and to sanitize them often. Washing hands regularly and sanitizing them will also help. C. diff produces spores and because of this, they can be around for extended periods of time.

This then can lead to Colon Infections. Although some people may not become ill when they have been exposed to C. diff they can still help to spread the bacteria to others who may become severely ill. It has been found that in recent years there have been more cases of C. diff caused colon infections than ever before.

It has been determined that a new strain of Clostridium difficile has developed and that it is more aggressive than earlier strains. It has become resistant to previous medications and antibiotics that were used and has lead to more outbreaks in the last few years.

This new bacteria will multiply and spread thus cause an outbreak that cannot be treated with the medications that worked previously. This is one of the reasons that many doctors will not prescribe general antibiotics as much as they used to be done, but will use medications that target the known bacteria.

Symptoms of Colon Infection may not start to show for weeks, and sometimes even months after the initial exposure. In moderate infection, symptoms can be mild abdominal pain and tenderness and possibly stomach cramps.

An infected patient may also have watery diarrhea that will continue more than two days. Severe Colon Infection will trigger inflammation of the colon, known as colitis, and possibly patches of raw tissue that may bleed, or even produce blood in the stool.

Other symptoms that can accompany severe colon infection are abdominal cramps and pain that could be severe, fever and nausea, loss of appetite followed by sudden weight loss, continuous watery diarrhea that may require frequent trips to the washroom, perhaps as many as 10-15 times per day.

With nausea and diarrhea will also follow dehydration. If a person, has returned home and starts to suffer from these symptoms for more than 2 or 3 days then they should definitely consult a doctor and seek proper treatment.

Treatment for Colon Infection caused by Clostridium difficile is to first take the person off the antibiotics that lead to the infection. This will most likely cause the symptoms to lessen and become less severe; however, this will probably not be the end of the treatment.

In many cases a different antibiotic will be prescribed, one of a few that will help stop the growth and kill the C. diff while allowing the good bacteria to return. The two most commonly prescribed antibiotics that are used to fight a colon infection are metronidazole and vancomycin.

These medications can also have some side effects such as nausea and quite possibly leave a bitter taste in the mouth. It is extremely important not to take alcohol while taking metronidazole. It is believed that doing so can result in nausea, vomiting, headaches, and digestive upset.

These can be severe at times. It is not fully understood if this is a reaction to the alcohol and the medication or just a side effect of the medication by itself.

It is, however not a good idea to use alcohol while taking any antibiotic because the alcohol can be counterproductive and it may make the condition even worse than it already is.

There are also a number of probiotics that can help restore the good bacteria in the intestinal tract such as saccharomyces boulardii which is a type of yeast which has worked in many patients in conjunction with standard medications.

Although surgery is not normally required for Colon Infections it may be appropriate in very severe cases.

It is possible that treatment will not be successful or may reoccur after treatment has been completed. This can be caused by not all the Clostridium difficile being removed from the intestinal tract or possibly that the patient has been exposed to a new strain of C. diff.

Colon Infection needs to be treated properly and under medical supervision as leaving it untreated can lead to very serious illness, and quite possibly a full blown outbreak.

Consult your doctor immediately if you start developing symptoms so that the treatment can be quickly begun and the infection can be controlled.